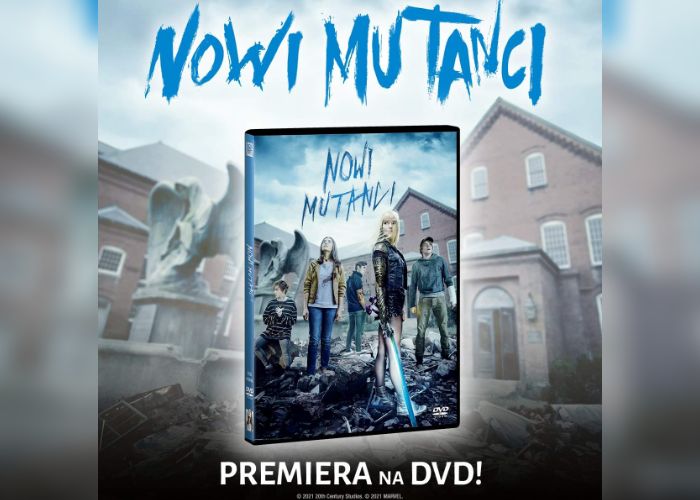 "New Mutants" is a production of the "X-Men" universe. The action takes place in a center cut off from the world, where a group of young mutant people is kept under observation.

New Mutants is an original sci-fi movie made by 20th Century Fox in collaboration with Marvel Entertainment. Its action takes place in a center cut off from the world, where a group of young mutant people is kept under observation. They are Rahne (Maisie Williams), Illyana (Anya Taylor-Joy), Sam (Charlie Heaton) and Roberto (Henry Zaga). While in the center, they discover their extraordinary abilities. A series of strange, inexplicable events forces mutants to fight for survival, mastering their own powers, and maintaining bonds of friendship.

A film about a new generation of mutants who discover their unique abilities is a perfect production for teenagers who like horror movies, but also for adults. New Mutants , starring the stars of the younger generation, will debut on DVD on January 13, 2021.

In the face of a family tragedy, teenage Danielle Moonstar (Blu Hunt) is sent to this isolated facility under surveillance by Dr. Cecili Reyes (Alice Braga). On the very first day he learns that he has extraordinary powers. During group therapy, she meets the other mutants, who then become her friends. Each of them must learn to control their powers in order to return to society, without endangering themselves and those around them. They believe that thanks to the training, they will soon find their way to the X-Men team. Soon after, disturbing phenomena begin to occur in the facility – each mutant in fact experiences his greatest fears, hallucinations and memories of past experiences. The whole truth about the facility soon comes to light.

A resident of Bydgoszcz forever and probably forever. Every day I write, watch or listen to music. I am an administrator in the WNTG group, which mainly creates audiobooks. From an early age, I am fascinated by the world created by Akire Toriyama - Dragon Ball.

Will Spider-Man come home, which is the official title of the 3rd part

Fantastic comics made by women